Skip to content
Strengthening the voice of London’s Gypsies and Travellers to gain recognition, inclusion and equality through community led campaigns
On this page

People from the Gypsy and Traveller community can make their voices heard by taking part in our campaigns challenging discrimination and poor policy making. Below are details of recent campaigns. For more information about our current campaigns and how to get involved, please contact info@londongandt.org.uk 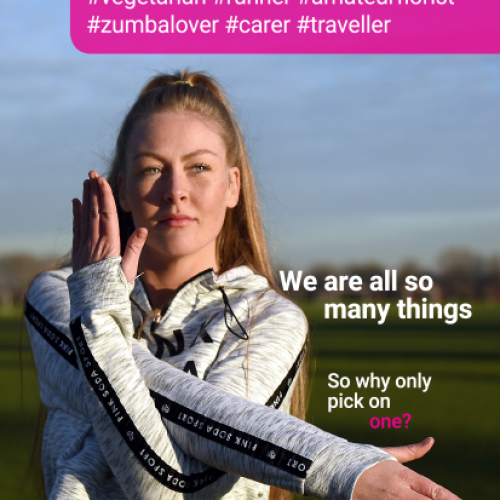 We are all so many things…

This community-led campaign aims to challenge public perceptions of Gypsies and Travellers, asking why people only ever see their ethnicity, not their worth. The poster and social media campaign demonstrate that the reality of Gypsies and Travellers’ lives is a far cry from the caricatured images presented in the news media and television programmes such as My Big Fat Gypsy Wedding.

The campaign centres around five images of Gypsies and Travellers, highlighting the many roles they play in their lives – and asks the question: “We are all so many things… so why only pick on one?”

Romani Gypsies and Irish Travellers are recognised as ethnic groups under the Race Relations Act 1976, and they are protected by the Equality Act 2010. But prejudice and discrimination are still rife, affecting access to services, jobs and accommodation. Negative media coverage increases feelings of isolation.

The campaign was launched at an event hosted at City Hall in March 2017 and has since been showcased as part of numerous exhibitions, conferences and festivals in London and beyond. Mena Mongan, the leading spokesperson for the campaign, has actively promoted its message through interviews and speeches.

LGT continues to look for widespread support for the campaign, from community members to civil society, politicians and the wider public.

It is asking supporters to download and print campaign posters and put them up in local schools, GP surgeries, community centres and cafes.

Download the posters and postcards from our Resources page 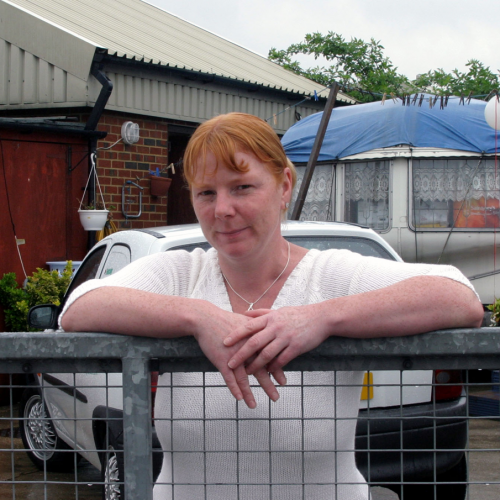 LGT supports Gypsies and Travellers to start their own campaigns to defend their rights and have their needs recognised. In the face of shortages of local authority sites and neglect of existing sites, local communities often need to press for places to live and basic facilities. LGT supports them to do so. 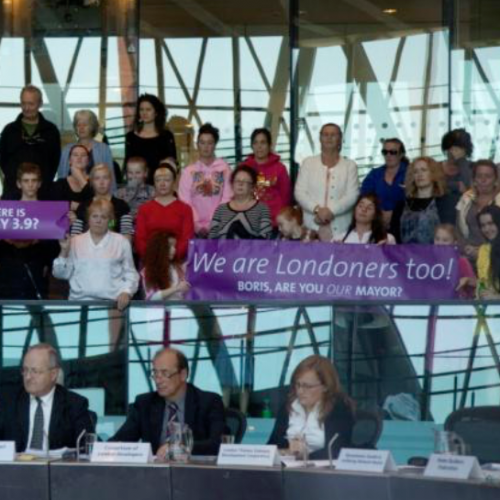 We are Londoners too

The “We are Londoners too” campaign started in 2009 in response to the new London Plan that was being produced by Boris Johnson. The plan failed to treat Gypsies and Travellers in the same way as any other Londoner in need of secure accommodation.

The Gypsy and Traveller accommodation needs assessment commissioned by the London Boroughs in 2008 provided evidence of the need for 811 new pitches by 2017. This was meant to be the basis of targets for new pitches, just as there were general housing provision targets in the London Plan. However, throughout the different rounds of consultation on the policy, targets were reduced and then removed altogether.

We held meetings and visited families living across London, encouraging them to write letters to the Mayor saying why more pitches are needed.

By the end of the second consultation period nearly half of all the responses from the public on the London Plan were from Gypsies and Travellers.

But we were still not being heard. In July 2010 the Mayor said that it should be up to the boroughs to decide if new sites are needed. Gypsies and Travellers agreed that it was now time to protest.

A demonstration, with a silent protest in the public Gallery of City Hall, a rally at City Hall, and a March down Tooley Street, was held on October 11th.  About 80 Gypsies, Travellers and supporters stood in the public gallery in silent protest. The planning inspector acknowledged the protest and allowed a statement to be read out followed by a minute’s silence.

Through our policy work and the London Gypsy and Traveller Forum we monitored the provision of Traveller sites and the accommodation needs of the community, gathering a strong evidence base and putting forward proposals for a better London Plan policy.

Some of these were taken on board by Mayor Sadiq Khan in his new Draft London Plan, with positive steps forward to ensure the recognition of all Gypsies and Travellers. However, the proposed policy on Gypsy and Traveller accommodation needs strengthening.

Ten years later, the campaign message “We are Londoners too” was used again at City Hall to reinforce the demands of the Traveller community for a fairer policy. Almost 1000 postcards were signed and posted by Gypsies and Travellers in response to the London Plan consultation. Community members made their voices heard at London Gypsy and Traveller Forum meetings and at the examination hearing on 15th February 2019. 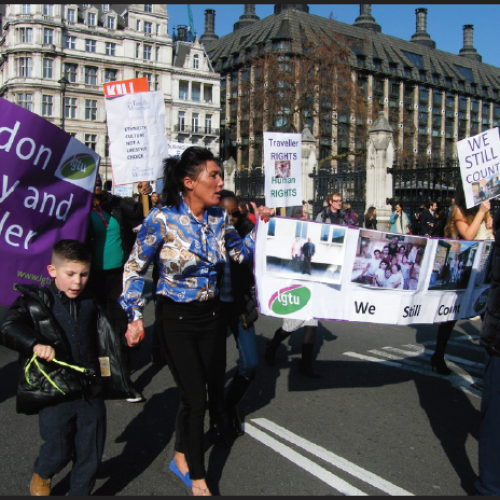 Our “We still count” campaign started in October 2014 responding to the Government’s proposed changes to the definition of Gypsies and Travellers in planning policy. The new definition only included those who could prove they were travelling for work – thus excluding the majority.

Through the use of short films, a dedicated Facebook page and a postcard campaign, we mobilised community members to have their say in the government’s consultation.

Phase 2 of the campaign focused on the detrimental changes in the Housing and Planning Bill. We joined a wider coalition of groups in a “Kill the Housing Bill” campaign. This included a London demonstration on 13th March 2016.

London Gypsies and Travellers produced submissions on the proposed changes to planning policy for Traveller sites and presented evidence to the Public Bill Committee on the Housing and Planning Bill.

After the new planning definition and Housing and Planning Act were adopted, LGT continued to challenge these changes through liaising with local councils and the GLA to seek that all Travellers’ needs are properly counted.