A new LGT campaign aims to challenge public perceptions of Gypsies and Travellers by asking why people only ever see their ethnicity, not their worth.

The striking poster and social media campaign aims to demonstrate that the reality of Gypsies and Travellers’ lives is a far cry from the vulgar and caricatured images presented in the news media and television programmes such as My Big Fat Gypsy Wedding.

“But once people know that a person 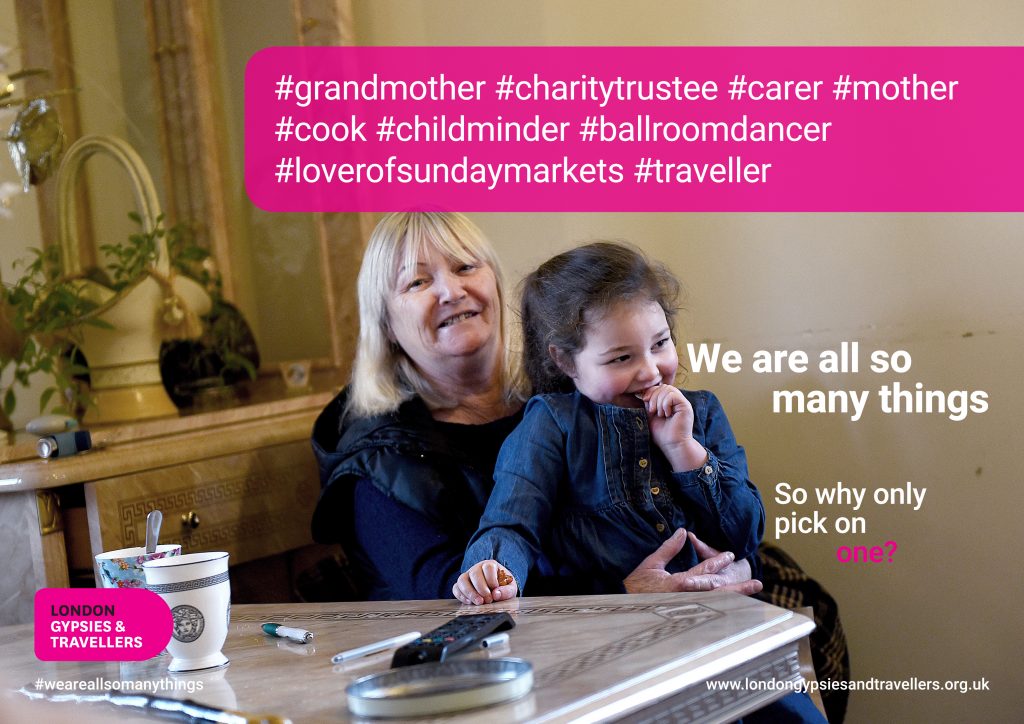 is a Gypsy or a Traveller, it’s that one fact that dictates their view. And the old stereotypes dominate. Many people from the community continuously hide their identity because they know it will affect whether they get a job and how they will be treated.”

“Our campaign aims to present that reality in a striking way and make people consider their reactions.”

Among the people featured in the poster campaign is Mena Mongan from Hackney, a mother of three, office receptionist and volunteer.

“I wanted to put my face to this campaign to show people who we really are. This is our response to the racism we suffer every day. In London I am often refused entry into restaurants, pubs, and I am followed regularly around shops by security guards.

“Every day, when my children go to school, I make sure that they are more pristine than all the other kids, because I know they will always be the first to be called ‘dirty’.

“I don’t want this anymore and I certainly don’t want it for my children or my grandchildren. It has gone on long enough.”

Romani Gypsies and Irish Travellers are recognised as ethnic groups under the Race Relations Act 1976, and they are protected by the Equality Act 2010. But prejudice and discrimination are still rife, affecting access to services, jobs and accommodation. Negative media coverage increases feelings of isolation.

To download the posters go to our resources section