On Friday 15th February LGT took part in the London Plan examination debate on the Mayor’s policy on Gypsy and Traveller accommodation. This marked a very important stage in our work to campaign for a fair and strong policy that would see new sites being built in London.

The debate on the proposed London Plan policy was chaired by an independent planning inspector whose task is to consider the different points of view from the Mayor, councils, community organisations and other participants and make recommendations for possible changes. The inspector’s report will be published later this summer.

There was strong representation from Travelling communities at the debate with powerful speakers from LGT, the London Gypsy and Traveller Forum, the Showmen’s Guild and National Bargee Travellers Association. They presented arguments about the failure of authorities to make provision for their needs and the exclusion and inequality this is causing.

Other organisations including Just Space, Trust for London, Mobile Homes Investment and Peabody Housing Association gave evidence in support of the needs of Travellers and stronger leadership from the Mayor on the delivery of sites.

One of the key topics was the Mayor’s definition for Travellers in the London Plan, which includes all members of the community, whether they live on sites or housing, to have their need for pitches counted. Because the London Plan has to be in line with national policy which excludes Travellers who have permanently stopped travelling for work, supporters of the new definition had to argue why London is different. There was opposition to the Mayor’s definition from the three Councils attending the debate – Camden, Hillingdon and Bromley.

There was also a good discussion on whether accommodation needs assessments should be done by each Borough separately or all together at the London wide level and whether the Plan makes the right provision for temporary stopping places, the accommodation needs of Showmen and Bargee Travellers. The community and other organisations put forward proposals on how to improve the policy.

Reflecting on the day and her experience speaking at the examination, Mena Mongan, LGT Community Engagement Officer, said:
“A very powerful debate from all organisations getting together to push the Mayor’s office on the delivery of sites for the future generations to come. We found it quite challenging to put our points across to the GLA who holds the power to make the London Plan fairer and stronger. We back the Mayor’s definition for Gypsies and Travellers. But we feel the Mayor needs to challenge the Councils to make sure all diverse communities across London are welcome in their plans and seen as equal priorities.” 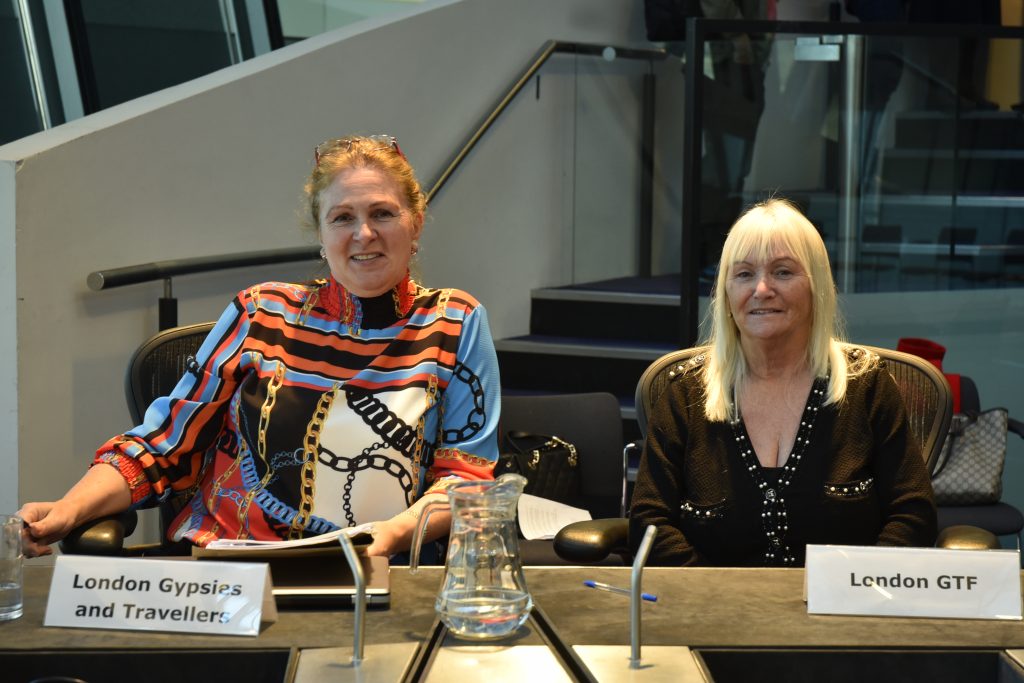 Join us for more updates about the London Plan examination and what comes next at the London Gypsy and Traveller Forum meeting on Tuesday 26th February, 10.30am-12.30pm at City Hall.

Pictured above: Community and supporters after the London Plan examination; Mena Mongan and Marian Mahoney speaking at the debate