London Gypsies and Travellers will be displaying a new exhibition on Wednesday 26th June at City Hall, on the lower ground in the London Map area. The exhibition is open from 11am-6pm. There will be a presentation of the project between 4-5pm. Everyone is welcome!

‘Mapping the Histories of London’s Travellers’ gives new insights into the geography of nomadic life and its links to the economic hub of London through interactive online maps recording Travellers’ camps, yards, and long-term settlements, and routes between London and the surrounding counties. The maps draw on archives and first-hand accounts to document the development of activism in the East End in the 20th century, and record Travellers’ disillusion with policies that took away more freedoms than they granted rights, and encouraged antagonism towards people who had lived and worked alongside settled Londoners for centuries.

The maps cover two overlapping periods: London between the 19th and mid-20th Century – showing relationships between principal routes, green corridors, yards and stopping places; and London from the 1970s – marking the troubled transition from camps to the politics of sites, and the stifling effects of ‘designation’ on Traveller life.

The exhibition focuses on particular themes, times and places, using a selection of archival materials, photos, newspaper cuttings, and audio recordings of Romany and Irish Travellers who share knowledge and memories, and reflect on Traveller life, past and present.

All the materials on display are linked to the online maps which can be accessed at: lgtheritage.communitymaps.org.uk 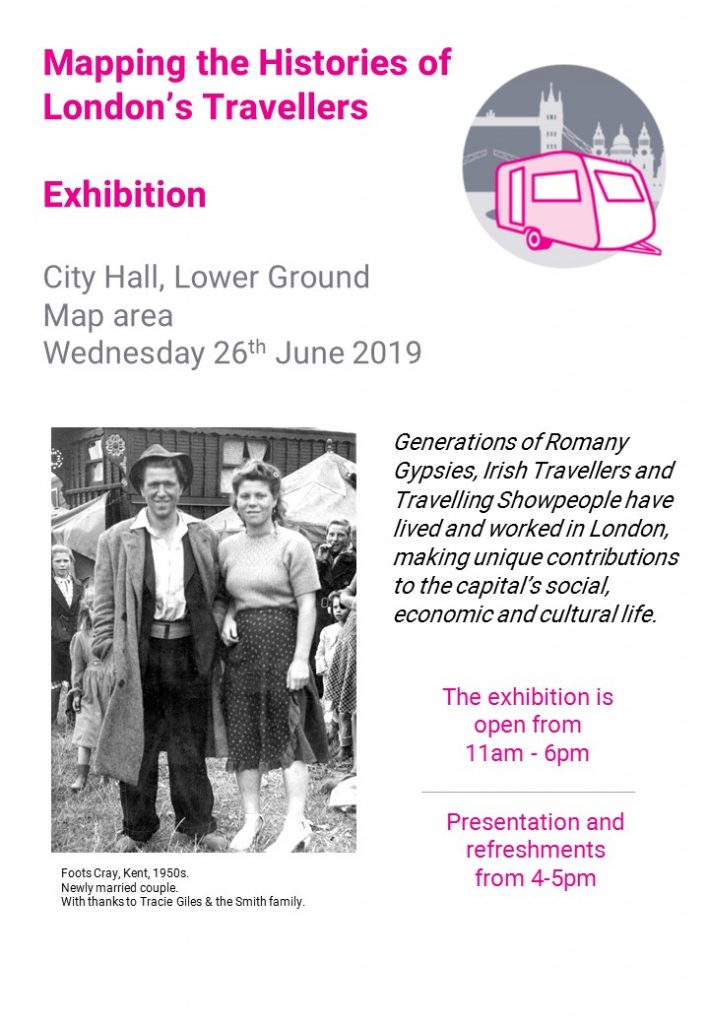