LGT has embarked on a major project to collect and reveal information about London’s Gypsy and Traveller communities. Working with the social enterprise organisation Mapping for Change, it is compiling information about the inequalities, experience and contributions of Gypsies and Travellers across the capital.

The project, named Mapping the Pathway to Equality, began in April 2017, and is funded by the Joseph Rowntree Charitable Trust and the Aziz Foundation. The first phase has aimed to build a detailed evidence base about the size of the Gypsy and Traveller community in London and the accommodation and work issues faced.

LGT will use this information in conversations with the Greater London Authority (GLA) and local councils to ensure that their plans and strategies take into account and respond to the needs of the Gypsy and Traveller community.

The 2011 Census, which was the first to include the ethnic category Gypsy/Irish Traveller, has provided important information about demographics, work, education, housing and other topics. However, it only recorded 8,196 people in London who identified as Gypsies or Irish Travellers, whereas past estimates indicated the population was around 30,000.

So the project has collated and compared Census population data with the 2008 London Gypsy and Traveller Accommodation Needs Assessment, commissioned by the GLA – which identified a total population size twice as large as recorded in the Census. Maps compiled by the project help to make visible some of the Gypsy and Traveller communities who did not complete the Census or were reluctant to self-identify.

The project also addresses the housing crisis – one of the most pressing challenges facing Gypsies and Travellers in London. It draws on data from the 2008 London Gypsy and Traveller Accommodation Needs Assessment, surveys of existing caravan sites, borough local plans and other sources to produce a set of maps showing the extent of accommodation need and the disproportionate lack of caravan site provision over recent decades.

London has lost 15% of its social rented pitches since 1994, and despite 800 new pitches being needed between 2007 and 2017, only 10 have been delivered during that period. This compares poorly with other types of housing delivery – reinforcing the marginalisation of the Gypsy and Traveller community in policy and decision making.

The full set of accommodation maps can be found in the resources section of our website. 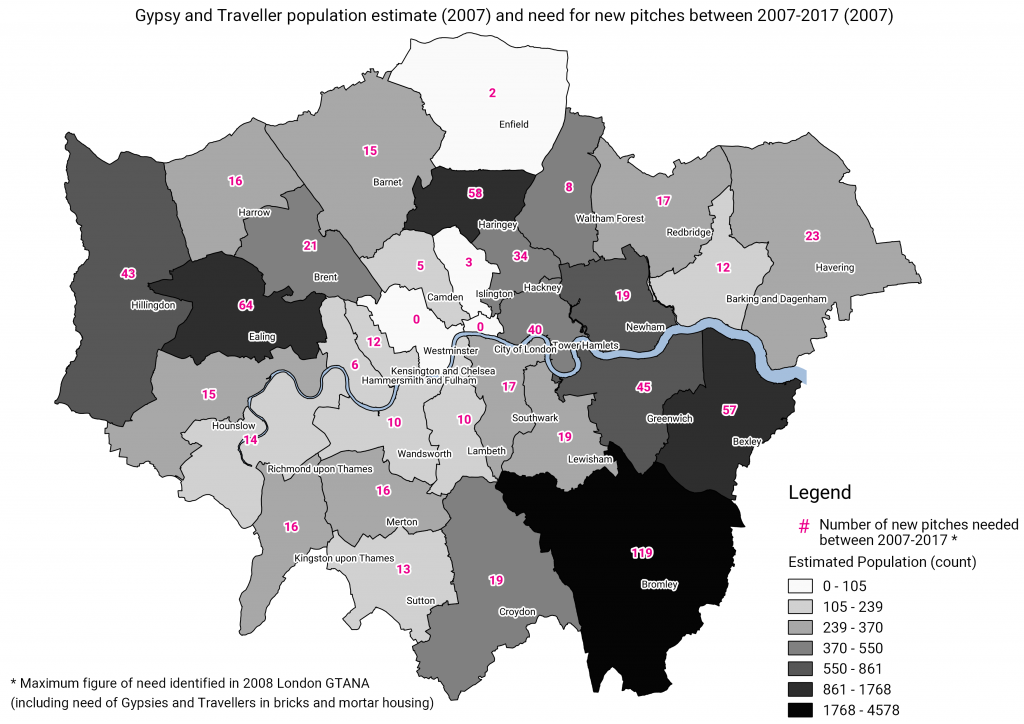 Gypsies and Travellers continue to face prejudice, discrimination and other barriers to work, employment and training. Existing data about employment, self-employment and access to training is limited, but research from the Traveller Movement found that almost 50% of interviewed Gypsies and Travellers had experienced discrimination in employment. Over two thirds of respondents hid their ethnicity to avoid prejudice. This makes interpretation of official statistics such as the Census difficult.

The full set of work maps, including more detail on self-employment which is a significant asset in the Gypsy and Traveller community, can be found in the resources section of our website. 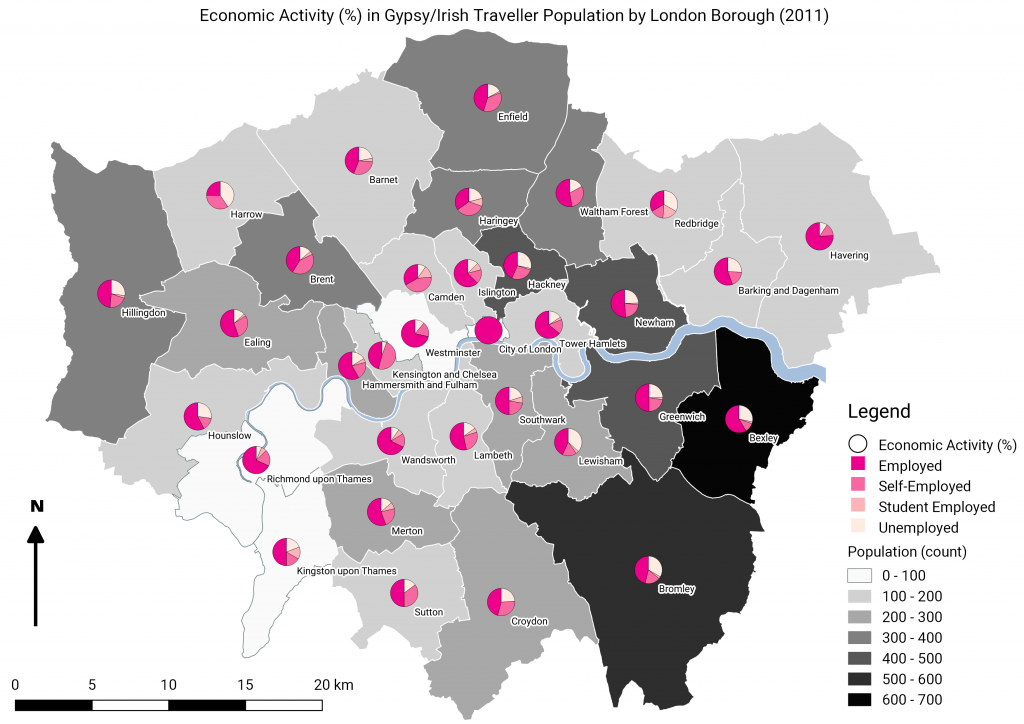 The second phase of the mapping project is to develop a directory of services, facilities and community assets accessed by Gypsies and Travellers across London. This will take the form of an online map in which community members can find out information about housing, work, education, health and also add comments, points of interest, photos and videos of their experiences accessing services.

This map is being developed in conjunction with Gypsies and Travellers and local authorities and service providers. A pilot version will soon be open for contributions. If you would like to be involved, please contact Ilinca at policy@londongandt.org.uk

You can read more about the project in the briefing document available in our resources section.

Picture: A London mapping workshop at the LGT office (picture by Mapping for Change)